Hello readers! Man, it’s good to be back! I am thrilled to mention that this is the very first review posted from my new home in sunny San Diego. I’m so thankful to the PR chick over at New Balance for her patience in waiting for this review, while I took a bunch of time off to pack up my life and move it clear across the country.

The first shoe that New Balance asked me to try out was the Women’s 1010 trail shoe. I got it a week or two before the release date so I had no idea what it would be like. The 1010 is a transitional minimalist shoe, or for you hardcore mountain trail runners, it’s a lightweight-but-protective trail shoe. I say it that way because I feel it’s a good choice for those two types of runners (just to clarify, I don’t necessarily encourage transitioning to barefoot or minimalist running through transitional shoes, but if that’s the way you’re going to go, then this would be a more than reasonable shoe to do it in). I’m not really either of those types of runner, but that’s okay because I am rather good at being objective. 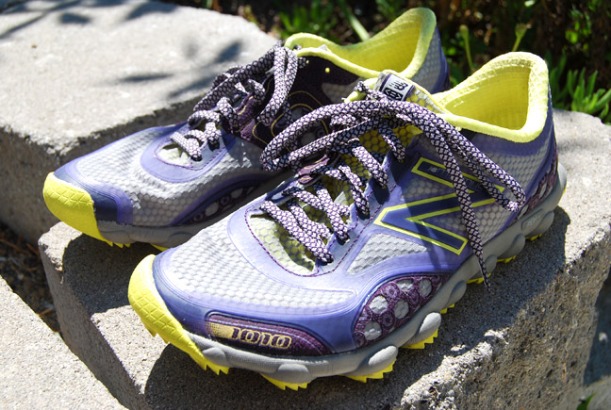 Even though the WT1010 is not even close to being the lightest shoe I’ve run in, at around 6 ounces each it’s not totally out of the ballpark. This shoe is rather rugged, compared to what I’ve usually got on my feet, and it looks like it could take a lot of hard miles. As to be expected, there is a rock plate in this shoe and some aggressive tread, too.

Interestingly enough, the multi-circular Vibram sole pattern is reminiscent of the one on the bottom of the latest Trail 00’s, only with some heavy duty 2-directional ribbing that looks like it would give you amazing grip in the snow. I didn’t try these in the snow, but they felt really sticky in the rock and dirt trails I ran them through. Pretty solid, I’d say.

As for the drop, it’s 4mm on this model. Now, I realize there’s a bit of controversy among minimalist runners about putting a drop in shoes like these. I personally don’t see much of a reason in bothering with 4mm, when you could just drop it to zero and call it a day. I kind of see it as the worst of both worlds. Four millimeters isn’t significant enough to provide much lift to those who want it; and for some of those who prefer zero drop, four millimeters can be just enough to throw off their form. All conjecture aside, I barely noticed the drop. Could be I haven’t put enough miles on these to reap any ill effects from the drop, or perhaps my form is good enough to circumvent any issues, who knows. But maybe it’s because all I could feel was how cushiony these were!

Wow. I had forgotten what it was like to wear a shoe with a mushy sole. It was like running inside marshmallows. Of course that has its disadvantages (i.e. harder landing, lost of proprioception, etc.), but let me enjoy this soft and heavenly feeling for a moment, okay? Yeesh.

I think the best advantage to the cushiony shoe for a runner like me (100% minimalist/barefooter who runs on roads and easy-to-moderate trails) is rest and healing. I have enjoyed taking these shoes out for short, easy trail jaunts between difficult runs, running errands and for walking with my dog. I believe a cushiony shoe definitely has a place in my lineup, because sometimes my feet need a rest. Don’t knock it ’til you’ve tried it.

Some of the other good features of this shoe are the super comfortable blister-free liner (thank you NB!), the attached tongue that keeps out a lot of head-on debris (I hate pulling loose stones out of my shoes mid-run), and the generous toe box. The wider toe box is especially something I want to talk about because in the past I have had some width complaints in general with New Balance’s minimalist shoe lineup. For example, the original NB Minimus Trail (which has been renamed WT10) was so low and narrow I couldn’t even get my foot into it. Also, I had to go with the wide-width version of the 00 Road shoe (see review here) for the same reason. I expected the same problem with this shoe so I asked my contact to send me the wide (D) width of the 1010, as well as the regular (B) width. Turns out, it was totally unnecessary. In fact, I wouldn’t even recommend getting the wide width unless you have an exceptionally wide foot, as in, a very good deal wider than mine:

My foot is wider than most people’s, as compared to its length (size 8.5). The regular (B) width was more than adequate in this shoe.

Just walking around in the D-width, the shoe was literally falling off my feet. Now, just as an FYI, they’re also offering a narrower width (2A), for all you ladies with slimmer peds. Oh, and I hate you. 🙂

I have found there is one big drawback to the comfort of this shoe: the heel. Like many newer models in the Minimus line, the heel cup is quite high and somewhat unforgiving for the first few wears. It did soften up after awhile, but not before taking a chunk of skin from my achilles with it. I’m really not sure why New Balance chose this route with the heel. Maybe it’s less of a problem for taller people with higher heel bones. I’d be interested to hear of anybody who didn’t have this issue, and if they’re also taller than me (5’3″).

I’ll admit I didn’t do any long trail runs in these (greater than 4 miles). Why? Well, because these shoes are too much like a traditional shoe for me, and the last time I wore a shoe like this on trails I sprained my ankle pretty badly. When I run I often supinate, which is to say that I lean toward the outside of my foot (the opposite of about half of all runners, who pronate). In a cushioned shoe with stiffer soles and lowered proprioception, I have a greater chance of landing badly on a rock and injuring my ankles. Since going barefoot and minimalist my ankles have certainly strengthened a lot, but I am still cautious about hitting the rocky trails on any shoe with that stacked sole. I prefer a shoe with a much more pliable sole. This could perceivably change in the future if I start to run very long races and find a need for a shoe with more cushioning, but for now I prefer to avoid the risk of tipping on a rock and hurting myself. 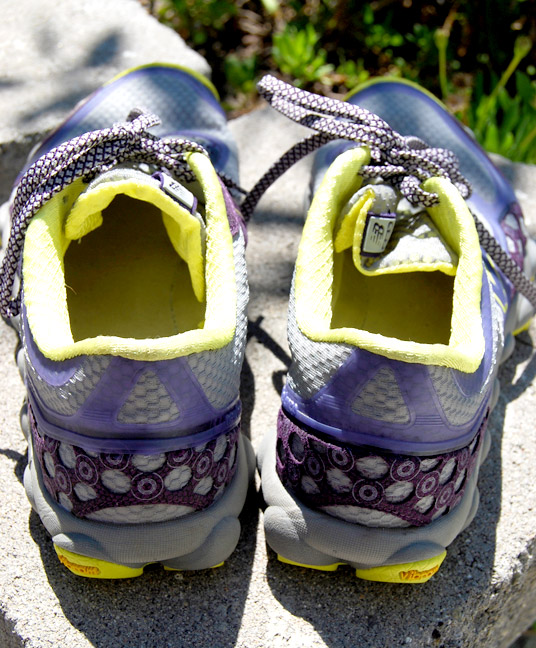 To expound on my point about the stiffer sole, I want to say that I felt a lack of control in this shoe, especially going downhill. The grip is nice and sticky, sure, but I still want better perceptual control over my foot landings. A shoe like this doesn’t allow my foot to curl downward at all, and the rock plate keeps me from forming my sole around the rocks and debris like it would naturally. So for me, overall this shoe didn’t feel safe as I got more tired (and sloppy) several miles into a run.

That said, I know a few ultra-runners who would benefit from a shoe like this. During those long 50 and 100-mile races, they have reported a need for a shoe that offers more protection, while still remaining light and relatively flexible. The WT1010 is both of those things.

While I don’t think this shoe is perfect for everyone, and perhaps not me, I would recommend it to the strong and seasoned minimalist trail runner who wants less exposure to the elements over a long run, as well as someone who does just fine in a traditional trail shoe but wants something lighter and more foot-friendly. So, below is the quick list of pros and cons that I found with the WT1010: 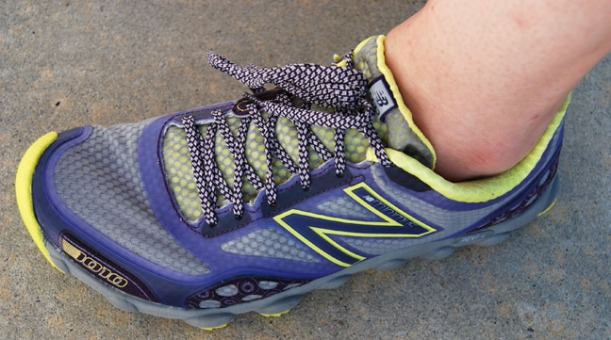