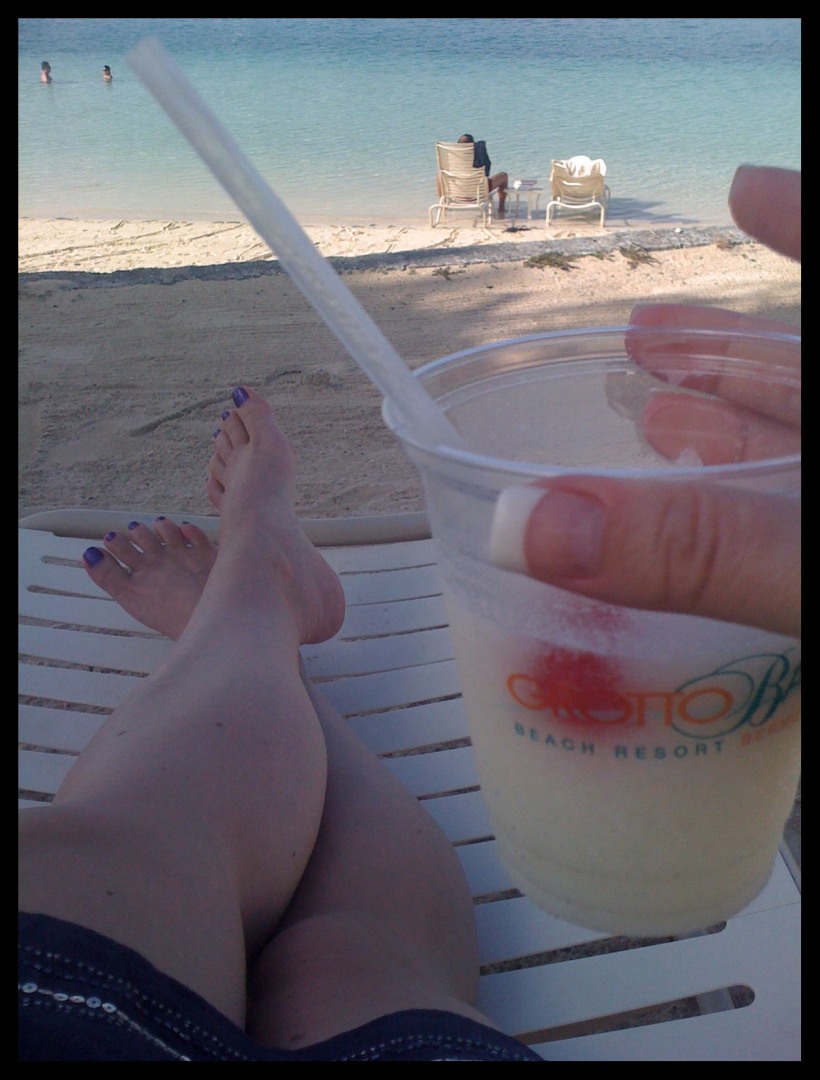 It’s been a full year since I started my little barefoot/minimalist/I’m-a-real-runner-now adventure, and now that New England is officially in the throes of early summer heat again, I’ve given some thought to what each season has taught me as a runner over the last twelve months.

Throughout most of my life, Summer has always been my favorite season. I love the beach, I love the sunshine and the smell of cut grass; I love how the sky hangs a low haze over a hot Summer morning; I love the moisture in the air; I love my warm, tanned skin and the feeling of a lazy breeze that makes the cotton skirt sway against my legs. Nights that smell of campfire and barbecue wafting from every corner of the neighborhood. Summer days mean relaxing and swimming in the ocean, drinking beer by the pool and daytime parties with lots of friends and relatives. Consequently, I’ve recently discovered that Summer days also mean relief from the aches and pains that winter running causes me, and [perhaps] even some relief from my exercise-induced asthma symptoms. My summer allergies, on the other hand? Entirely another story.

Dog days of summer on my bike path.

A New England Summer is no friend to the runner who has spent the last seven months training in much cooler temperatures and dry (pollen-free) air. The sun from which I’ve so longed to feel the warmth all winter leans on me with persistence now. My skin becomes slick with sweat and I dehydrate too quickly. I am forced to run from the hot sun to the next shady patch for relief, and then race through every shady path to avoid the swarms of mosquitos waiting for me there. The heat robs me of speed, and that thief called Humidity laughs at my efforts to maintain the pace I held just a few short weeks ago, before he came along. I won’t run inside though, no sir. I’ve been running in winter gloves and slipping through ice for half a year – I’ve earned my summer runs, even if it does take me awhile to acclimate to them. And the plus side is that the morning is finally the best time of day to run again, so I can run early and then have the rest of the day for other stuff. 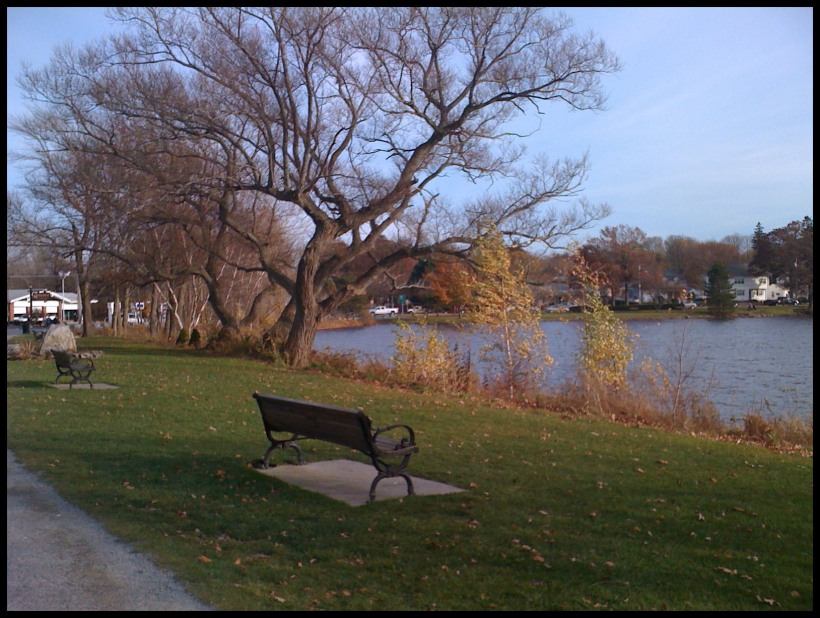 This is one of the places I get to run in the fall. Jealous?

So, from a runner’s perspective, Summer isn’t really my favorite season anymore: It’s Autumn. New England holds the event of Autumn like no other place in the world. The cool, crisp air that smells of Halloween (sorry, there’s no other way to describe it), warm sweaters and fireplaces, apple crisp, pumpkin carving, and that satisfying sound of fallen leaves crunching underfoot. And of course there’s that spectacular way our foliage transforms into its Winter repose…like an actress breathing her final, dramatic sigh at the end of the play. Autumn running is absolute perfection. It’s still warm enough to wear shorts but you barely sweat, no matter what time of day you run. The breeze is constant and refreshing. Autumn races bring big pace records and awesome gains. The insects are gone, the pollen is gone, and the views are just so lovely; this is when I’m mighty glad to be living in New Hampshire – no matter where I run, everything around me is a sight to behold. The only down side is that once the trees drop all their foliage the trails get a little tricky for my Vibram soles, because I can’t see the sharp and tilted rocks under the slick bed of fallen leaves. Even still, Autumn has brought me the runs that felt like they could last forever, the ones that make me smiley and just downright happy about life in general. I am thankful for Autumn. 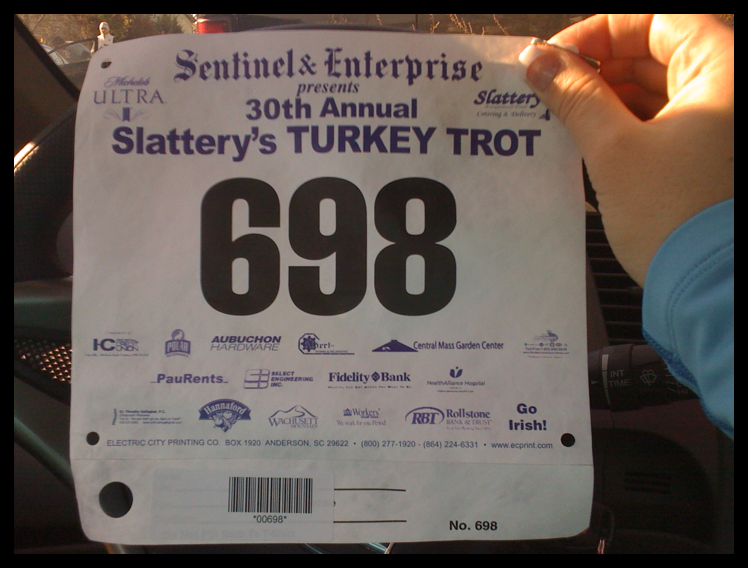 My race number for the Slattery's Thanksgiving Turkey Trot. Still one of my best races to date.

I have always been a depressing sight to behold during winter. Cold, bitter, pale-skinned and bitchy, that’s me! I absolutely HATE Winter. I regularly go into Vitamin-D deficiency comas and dream of San Diego sunshine. Chained against my will to the dungeons of Planet Fitness treadmills, I would normally give up on runs too easy, go shovel out my car for the seventh time that day and head home defeated in the already dark afternoon.

Last Winter was the first that I ever tried running outside in temps below 55 degrees. I promptly realized that temps below 55 are pretty freaking optimal for shedding body heat, and my speeds were pretty good. So were my long runs. Eventually I learned that I could run comfortably in temps as low as 15-20 degrees, with just tights, a light jacket, gloves and a breathable winter hat. I didn’t need water unless I was running over 8 miles. And man, it felt great to NOT BE COLD for a little while – and be outside too! January and February, the most icy, depressing months of this year for me, were spent training for my first half marathon. And if it weren’t for the timing of that race (and the fact that I couldn’t possibly live through 10 miles on a treadmill), I never would have realized how nice it actually is to run in the Winter. It’s cold out but you’re not cold. The hills of snow 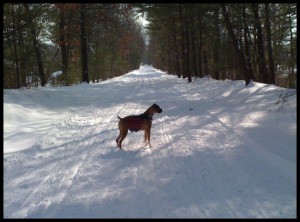 and ice on the trees is beautiful, and the world is so peacefully quiet. The terrain is hard, though – dodging ice patches and oncoming cars with no sidewalks along country back roads can be a little scary, but also challenging; when you’re done running ten miles out in it, you really do feel like a bit of a badass. Of course, though, with the cold comes the creaking muscles and tendons that complain so much more than when the Summer heat kept them loose and limber. Not to mention the asthma that rears its ugly head as the cold, dry air tightens up my airways. There are far fewer races, if any, in the dead of winter and it’s harder to get friends to join me for runs out in the bitter cold, so the whole companionship thing is pretty dead. My dog is an awesome running partner but still…it’s just really freaking lonely out there.

That’s why I always thank our Mother for the blessed Spring. Those sunny 45-degree days are perfect for long runs in shorts and long-sleeve shirts, and I’m so DAMN HAPPY to be free of Winter’s shackles that I don’t even care if it’s raining or hailing (like it did during my last 5K). Spring is glorious; its only downfall is the unpredictable weather changes – i.e. snowfall one day, temps in the 60s the next day. Kind of like a manic/depressive who forgot to take her meds for three months. 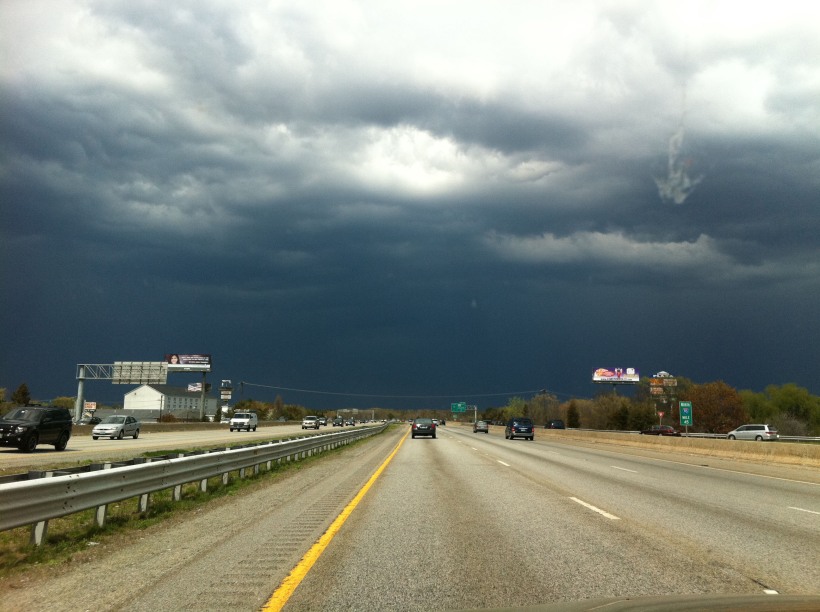 There's no chick crazier than a Spring day in New England.

All in all, it’s good to live in a corner of the world that has all four seasons. Keeps things interesting and challenging, I suppose. And god knows I do get bored easily…(ask me about my yoga classes sometime).

5 thoughts on “Summer and everything after…”